D.C. Man Who Opened Door To Protesters: I Hope My Son Grows Up To Be Like Them 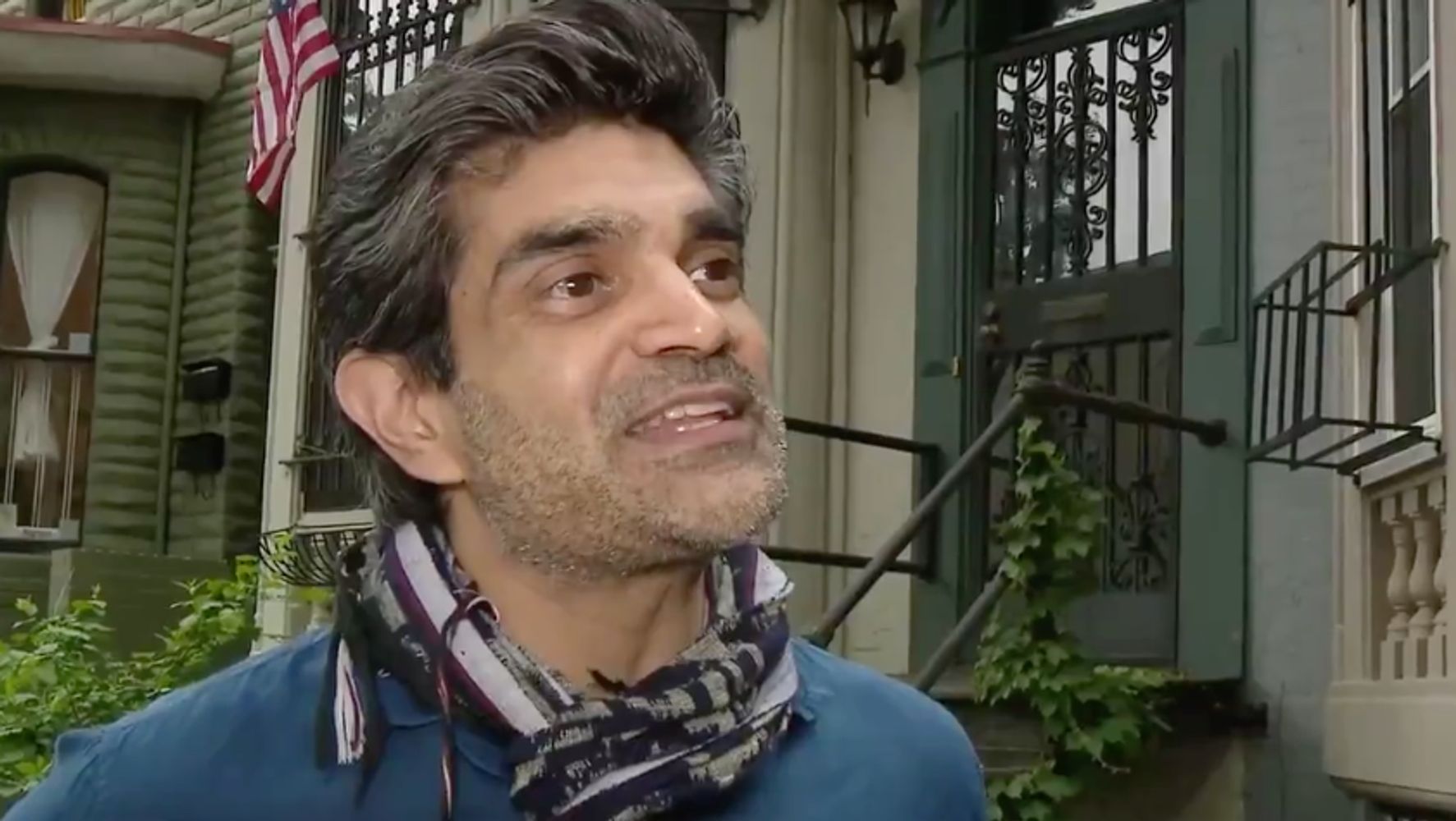 A Washington, D.C., man who is being praised for opening his home to protesters so they could escape arrest thinks the people he helped are the real heroes.

“I hope that my 13-year-old son grows up to be just as amazing as they are,” Rahul Dubey, 44, told ABC news channel WJLA Tuesday after nearly 70 protesters left his home as the city’s curfew lifted at 6 a.m.

“I hope that my 13-year-old son grows up to be just as amazing as they are.”

Rahul Dubey opened his home to nearly 70 strangers overnight and sheltered them during D.C.’s curfew. He says our country needs people like THEM.

It’s not clear there is any good way for this to end. Protesters are totally boxed in with nowhere to go. pic.twitter.com/1mxnbWVdgt

After a 15-minute standoff, the police surged forward, pushing protesters with their shields and spraying gas, according to The Washington Post.

He opened his door, and protesters raced in. He gave them milk to wash out their eyes, and let them spend the night — despite police attempting several times to coax the group outside to be arrested, according to protesters who spoke to local D.C. news station WUSA9.

They shot mace at peaceful protesters is a residential neighborhood. The man who took us in is named Rahul Dubey. He gave us business cards in case they try to say we broke in. pic.twitter.com/gKzmrvCa75

Dubey can also be heard saying in a video posted widely to Twitter that police “shot tear gas through the window” of his home. He also said that police “put me up against a wall” for about 15 seconds when he tried to get to his home earlier that evening.

“How were you able to get home if they were holding you?” a protester recording the video asks him.

“Because I’m not Black,” he responds.

This is Rahul. Rahul saved 62 DC protesters who were trapped for hours on his block by police. He allowed them to stay all night, fed them, gave them water, charged their phones, and most importantly kept them safe. This was no party, the police through pepper spray canisters pic.twitter.com/ZDpNkfXsoa

Although many would see his actions as brave, Dubey doesn’t think he did “anything special.”

“I know most people would’ve flung open that door,” he told WUSA9.

He added to the news channel that he feels the nation is “lost” and “very fragile,” and he decided to help because no one is “doing anything about it, except for these people.”

I found this very inspiring, Rahul Dubey of DC who sheltered ~50 protestors on #SwannStreet last night, after emerging, gave this interview to @WUSA9 and @slazo88

He continued by describing what the protesters were doing while staying in his home:

“[The protesters] lead with love, and when you lead with love, the country is exactly like this — where we’re diverse and we’re united,” he said. “They were in there in groups, being pragmatic, they were problem-solving, they were sharing their fears, they were frightened, they were consoling each other. That’s the America I know. And if my leaders could actually reproduce what took place in that house in unity, we’re going to be a much better country.”

D.C. Man Who Opened Door To Protesters: I Hope My Son Grows Up To Be Like Them

Trump: The Key To Republican Success Is More Trumpism

They Work Full Time. They Attend School. They’re Only…

What To Do If The Pandemic Is Forcing You Into Early…

Is It Safe To Take An Uber, Lyft Or Taxi During Coronavirus?

Trump Golfs In Florida While COVID Relief Swings In The…

Renting Or Buying An RV This Summer? These 16 Tips Will Keep…

Pivotal Union Election Moves Ahead At Amazon Warehouse In…

Biden Calls For Gun Control Reform On Anniversary Of…

Here’s Why It’s A Big Deal To Capitalize The…